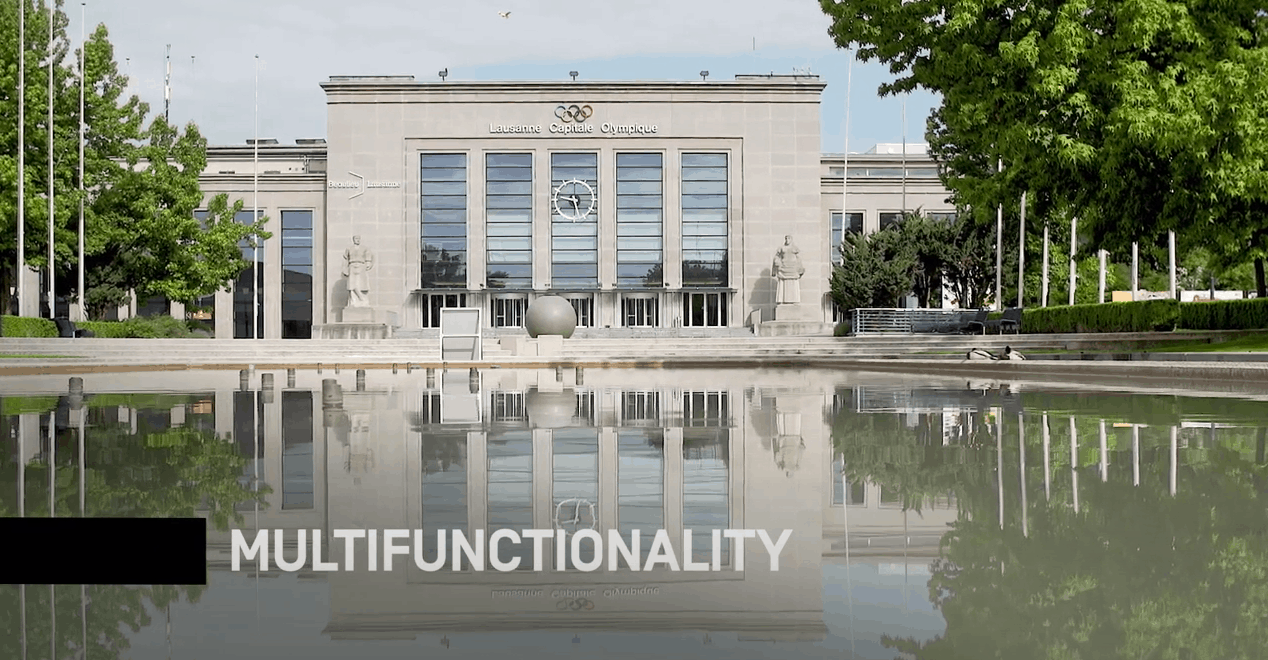 A new lease of life for Beaulieu

Beaulieu, the nerve centre for major events at the canton, national and international level, is getting a facelift . At the heart of the completely redesigned site, the Convention Center affirms its status as the first choice for congresses and events in Lausanne.

A new era is dawning at Beaulieu, which is now, more than ever, a major attraction in the Vaud capital. With an ideal location in the centre of Lausanne, the Convention Center is part of a major urban project which, over the next decade, will see the development of the Court of Arbitration for Sport, as well as a complete renovation of the legendary theatre hosting the Béjart Ballet. What’s more, a nursing college has been developed as well as a space with the power to revitalise the area. In time, the site will be further boosted by a new metro line. These developments promise to make Beaulieu a real pull for the area, as well as making the Convention Center a place for multiple activities, including sport, culture and training.

Bringing together history and modernity

It was at the first ever Comptoir Suisse event in 1919 when history was made, and the first buildings were constructed. Over the decades, Beaulieu went on to host international rock and pop headline acts, the finest theatrical performances, and some of the country’s most renowned conferences and events. History with a capital H is still tangible in the Convention Center’s rooms and corridors, especially on the walls of the renovated Rome room, a former cinema which has been turned into a plenary room. A skilful blend of modernity and history, the space combines new materials with optimised acoustics through an audio loop system.

One of the major advantages of the Convention Center is its adaptability. Shaped as much by its local roots as its international influence, the space can be used both for exclusive events for around 40 people and for large-scale congresses, exhibitions or banquets with a maximum capacity of 5,400 participants. And all this within the same compact, accessible infrastructure.

The different hall spaces, spanning an area of 3,304 to 5,452 square metres, host largescale events, while the workshop rooms meet more targeted business needs. Removable walls allow the spaces to be made bigger or smaller according to the needs of diff erent work groups. This adaptability convinces more than a hundred organisations a year to choose Beaulieu for their events.

Modernisation also means equipping rooms with advanced technology, especially when it comes to IT components and videos tailored to the client’s specific needs. In the Rome room, in addition to the comfortable seating, the stage height has been modified for an optimal user experience. Break out areas allow for more informal exchanges over coffee and give guests a place to relax.

The excellent location in the heart of the city requires, however, optimal access and parking management. Near the motorway exit, a car park is available with about 500 covered spaces. A direct bus line from the train station takes 10 minutes, plus just a few minutes to walk down into the city centre. Together, these assets make the historic Beaulieu site a unique space for hosting all types of events.

View all conferences in Switzerland