Where business is excellent

Zurich is characterized by lake breezes, panoramic views of the Alps and a top quality of life. With its unique concentration of cultural and shopping facilities, Zurich is the ideal host region for meetings and incentives. But most importantly Zurich’s range of venues offers plenty of scope to hold successful business events.

Among the best known event locations are the Hallenstadion indoor stadium, the Messe Zurich exhibition center and the Kongresshaus. Those players offer sufficient capacity to stage larger-scale events. The list of smaller event venues is even longer – and continually growing. Between the city and Zurich’s very own mountain, the Uetliberg, the five-star hotel Atlantis by Giardino offers a great view on the city and the lake. On the other side of the city, the Dolder Grand hotel occupies another great spot on the hill. It is located near the Zoo, which also offers great event locations such as the tropical Masoala hall.

What the future brings

The Kongresshaus Zurich will get a new dress and is closed for renovation from Summer 2017 to 2020. But Zurich can offer several new options to place your larger events. In January 2017, the Samsung Hall opened its doors and is now available for shows and meetings with a special touch. The Hall offers a built in LED wall of the size of 120sqm, a hydraulic stage and over 2,000sqm of space. State of the Art sound and projection systems as well as large covered outside spaces complete the package. Another large Hall, the Halle 622, was opened last year. This hall in industrial style offers several large rooms right next to well accessible Bahnhof Oerlikon. And if a total of 4,200sqm is still too small, the hall can be combined with one of the many event locations nearby, such as Swissotel or StageOne. A third project, The Circle will be a destination in itself at Zurich airport. The Convention Center will form a conference area with space for about 2,300 people – the capacity in the largest hall reaches 1,500 people. A Hyatt Regency and Hyatt Place complete the offer with 550 rooms. The opening is planned for 2018.

The Swiss metropolis by the water

Those who fancy a shopping spree after their business meeting will quickly discover that Zurich is a shopping paradise – whether along its prestigious Bahnhofstrasse and the Old Town – Zurich offers great shopping experience in all price ranges.

Moreover, Zurich offers excellent opportunities to enjoy all kinds of sports and leisure activities. From the summit of the Uetliberg, you can enjoy a fantastic panoramic view over the city. And last but not least, Zurich is also the City of Water – here, visitors can delight in its fantastic location by its lake and rivers. Very close to the mountains, one hour’s reach from other cities, just 15 minutes from the airport. The ideal location for a leisure program before and after the conference.

The Zürich Tourism Convention Bureau is the first point of contact for MICE activities in the city of Zürich and surrounding region, and is responsible for congress marketing for the destination Zurich both in Switzerland and abroad. Zürich Tourism employs around 60 staff and is active in the nearby European markets of Germany, Italy, France and Great Britain, as well as further afield in the international markets of USA, Brazil, Russia, India, China and the Gulf States. 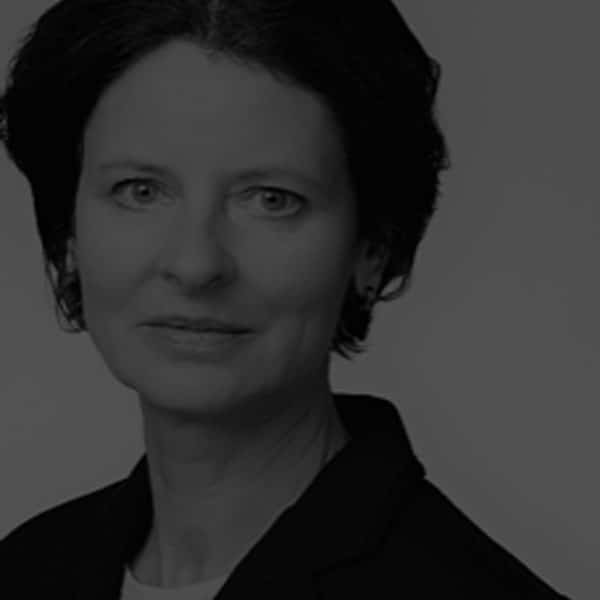 Uta Kroll extolls the virtues
of Zurich as a convention city

Can you give us a short overview as to what makes Zurich so attractive? Or simply put, what values are associated with Zurich in relation to MICE?

Uta Kroll:  The destination of Zurich has many advantages. It is small but fine and offers many facets in terms of gastronomy as well as culture. Thanks to the nearby airport, Zurich is very easy to reach from anywhere. Zurich is situated in the middle of beautiful nature and therefore offers plenty of space and opportunities for relaxation. Moreover, Zurich is not only a strong business destination but also a major scientific destination. These two clusters are very well networked. Thanks to this networking, congress organisers have a large and grateful community.

We would be pleased to know what new projects are currently planned in Zurich – namely in the Kongresshaus Zurich, The Circle Convention Center and other venues.

Uta Kroll: The Kongresshaus is still in the renovation phase and is expected to reopen in September 2020. The Circle will open in the 2nd quarter of the same year.

In regard to 2019 we assume the calendar is already pretty full, so what all is happening in this city and what is planned for 2020 and beyond. How does Zurich stand up to the other congress cities?

Uta Kroll: Zurich is and remains the most attractive Swiss city, especially for European association congresses with less than 500 participants. The big Swiss competitor Geneva ranks 67th with 38 meetings and the third best Swiss city Basel ranks 91st with 29 meetings. The ranking is now led by Barcelona with 195 meetings in 2017. In the country ranking, Switzerland ranks 17th worldwide and thus also improved by 3 places compared to the previous year. The ICCA ranking is published once a year. The statistics include international association events with at least 50 participants, which take place regularly and rotate between at least 3 countries. The ICCA was founded in 1963 by a group of travel agencies to exchange information on international congresses and conferences. Today, it is the largest non-profit organization for the meetings industry and has over 1,000 members in more than 90 different countries from various sectors such as destination marketing, meeting management, transport, meeting support, and more.

Where do you see opportunities for growth? Have you been receiving much international interest in holding events in Zurich?

Uta Kroll: We register again and again interest from all over the world for the realization of congresses. Many are also held, but for some, as mentioned above, we do not have enough congress capacity. Here we certainly have the greatest potential for growth. Measured by the number of participant days, almost 50 percent of the market passes us by because we cannot hold the large congresses.

Finally, to you personally: What values do you cherish that you would like to see implemented in regard to growing the convention bureau’s business?

Uta Kroll: A congress city does not live from the corresponding unique congress area alone. In order to make the congress business flourish, an entire eco-system must interlock: Hotel partners, the public administration, transport companies, sometimes even the enthusiasm and openness of the population is in demand.

View all conferences in Switzerland